Help Thou Mine Unbelief

One of the more touching stories of Christ earthly ministry is when the bereft father brought his epileptic son to be healed (see Mark 9:14-27) At the time, Christ was on top of the Mount of Transfiguration with Peter, James, and John. The remaining Apostles were in the local town and many had gathered to seek healing from them.

As you may recall, the Apostles had already been on their missions and had successfully cast out devils and healed the sick. So they were known by the locals as having the gift of healing. Thus, they were sought out even when Christ was not with them. 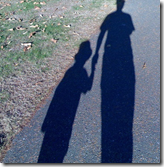 Now, let’s turn our attention to this struggling father. We can tell that he loved his son for he sought out the Apostles to find a cure. I can imagine that the father and son started this hopeful journey walking side by side anticipating that they would finally put this awful ailment behind them.

As the came near unto the village, I can imagine the son starting to show those common signs of a pending seizure. They quickened their pace but the seizure ensued before they could make their way through crowd.

I can see this caring father feeling helpless as his son began to tremble, thrash, and foam at the mouth. People around him began to shy away upset by this horrible scene. Undeterred by the reaction of others, the father scooped up his poor son and forced his way through the crowd to see the Apostles.

The Apostles had seen this before and they had confidence that they could heal the son. But try as they did, they could not stop the boy from seizing. Indeed, it appeared as though the seizure increased in intensity. The Apostles looked at each other perplexed as to why they could on heal this boy.

As the minutes crawled by and the boy’s plight worsened. The father was in a panic. These men were his only hope. If they could not heal him, then there was nothing left to do. The father’s faith was taxed beyond his ability to bear it – or so he thought.

At that moment, when things looked most bleak, the Savior made His way through the crowd. He saw the seizing boy and the desperate father. He also saw his Apostles in a fit of panic. In an instant, Christ took charge of the situation.

He took the thrashing boy in his arms and looked at the father and said: “If thou canst believe, all things are possible to him that believeth.”

The boy’s father could sense the calming influence that Jesus brought with him. He desperately wanted to believe. But his faith was so severely shaken that he feared to even hope. Yet he responded: “Lord, I believe; help thou mine unbelief.” (Fast forward the video to 9:57)

Of course, we all know the child was healed, but embedded in this story is a valuable lesson. We are here on earth to live by faith. This is very hard to do because too often when faced with a difficult situation, we begin to feel doubts where once there was clarity. Then we may falsely assume that our faith was in vain because we have doubts.

I don’t agree with that. I feel that understanding doubt is a critical part of learning to live by faith. God is not discouraged by our doubts, He expects us to doubt. He will help us overcome our doubts after the trial of our faith.

Look to that father of they epileptic son. He had faith, great faith. But when things didn’t go as planned, his faith waivered. The key to this great story was the humility of the father to say to Christ: “Lord, I believe; help thou mine unbelief.”

Posted by The Only Cool Heiss at 2:59 PM